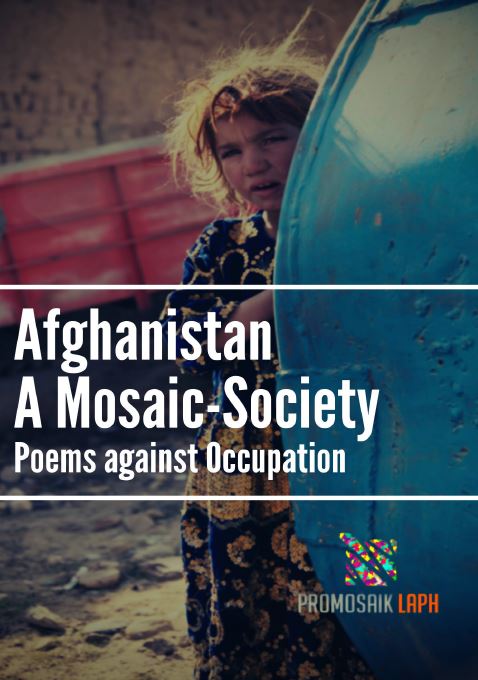 Afghanistan is an Islamic society, a mosaic of numerous cultures, languages, ethnic groups, and dialects. It is a land rich in natural resources, which is why Afghanistan is the target of foreign empires that want to control this wealth. When these “empires” withdraw, radical groups inside the country take control. That happened after the fall of the Soviet Union, and it is happening again today after the U.S. empire left.

The “Taliban”, who with no official authority call themselves representatives of Orthodox Islam, are only one small group of this Afghan mosaic, an ethnic, nationalist movement of the Pashtuns that took state power during the post-Soviet power vacuum. Thanks to links with arms dealers and smuggling networks, the group has managed to expand its power. If we look at where the so-called “Taliban” run their centres of power and then examine where the country’s mineral resources are to be found, we understand some aspects of this situation, but not everything.

The manipulation of Islam by the “Taliban” and the West’s ignorance of and hostility to Islam together led to the demonization of Islam as a worldview and a way of life. The West posed as the “liberator” of Muslim women in Afghanistan and declared war on the “Taliban” in the name of the liberation of women. What the U.S. empire wants in Afghanistan, however, is control of the mineral resources and — why not? — also of the white gold from poppies.

As all wars the U.S. empire has waged after 1945 show, the U.S. is ideologically interested in spreading a capitalist U.S. lifestyle, which it “sells” as the embodiment of freedom, human rights, feminism, and humanism in one.

Wars are promoted and sold to the people in the West. The Manichean view of the world supports the whole project, since people no longer need to think about what Afghanistan is like or who the Afghans are. It is enough if the Taliban are fought as “anti-democratic and misogynist demons” to confirm the U.S. world order.

However, the penetration of foreign forces into a territory in which the population identifies with Islamic values and the tradition of the Qur’an leads to a “territorial” and “ethnic” interpretation of Islam, which is completely alien to Islam.

Islam is not a territory, but a community of people of different ethnic, linguistic, and cultural origins who share a belief in one God, Allah, and his prophet Mohammed. In Quran 5:48 it says:

“If Allah had willed, He would have made you one community, but His Will is to test you with what He has given ˹each of˺ you. Compete now for the good things! To Allah you will all return, then He will inform you ˹of the truth˺ regarding your differences.”

External attacks set in motion defensive forces of jihad within a traditional Muslim society like the Afghan’s have. Afghanistan is declared an Islamic nation that opposes Western imperialism. One group takes over, represents “orthodox” Islam, abolishes any multicultural diversity in the umma, and controls weapons and natural resources.

At the same time, however, that group leads the jihad against the intruder from the West and therefore also makes itself popular in parts of the population, especially when it pursues ethnocratic goals.

What Afghanistan needs, however, is not a foreign power that decides the fate of the country and its people and puts it into permanent jihad for a long time.

What Afghanistan needs after decades of war and foreign rule is peace based on a multi-ethnic concept of a Muslim Afghanistan full of compromise, full of diversity and, above all, full of inclusion. Nobody can imagine how difficult it is after 20 years of US and NATO invasion. But the more haunted intruders are, those who are thirsty for natural resources and want to cut a slice of the Afghan cake, the more difficult this will become.

Here feminism is not white, not western, and not U.S. democratic, but Afghan. Women from all ethnic groups will jointly and inclusively determine in which direction the “liberation” and “self-determination” of women in multicultural, Muslim Afghanistan should look like. If we don’t decolonize feminism, there will always be anti-imperialist and jihadist forces that violate and trample on women’s rights sanctioned by Islam, like the Taliban, who deny Afghan women Muslim women’s rights.

We need peace in Afghanistan, and we need education for 10 million children who do not go to school here. We need a fair distribution of the country’s wealth to avoid leaving millions of people with nothing and driven into migration towards a West that does not want them and whose fascist forces only get stronger as Taliban forces become stronger. And one third of the population in the country need food.

Here you can purchase a copy of the book.

This site uses cookies. By continuing to browse the site, you are agreeing to our use of cookies.

We may request cookies to be set on your device. We use cookies to let us know when you visit our websites, how you interact with us, to enrich your user experience, and to customize your relationship with our website.

Click on the different category headings to find out more. You can also change some of your preferences. Note that blocking some types of cookies may impact your experience on our websites and the services we are able to offer.

These cookies are strictly necessary to provide you with services available through our website and to use some of its features.

Because these cookies are strictly necessary to deliver the website, you cannot refuse them without impacting how our site functions. You can block or delete them by changing your browser settings and force blocking all cookies on this website.

These cookies collect information that is used either in aggregate form to help us understand how our website is being used or how effective our marketing campaigns are, or to help us customize our website and application for you in order to enhance your experience.

If you do not want that we track your visist to our site you can disable tracking in your browser here:

We also use different external services like Google Webfonts, Google Maps and external Video providers. Since these providers may collect personal data like your IP address we allow you to block them here. Please be aware that this might heavily reduce the functionality and appearance of our site. Changes will take effect once you reload the page.